All that ‘gutterware’ and some ‘streetware’ has to be sourced somewhere, and in Chicago that source tends to be an organization that emerged shortly after the Flare known as ‘The Body Bank’.

Whether you need cybernetics or ‘wetware’, “Body Bankers” roam the back alleys of the city looking for ‘free range’ targets of opportunity and sometimes targets fitting a ‘special order’ (either for parts or for assassination… ideally both).

For whatever reason, ‘law enforcement’ has largely avoided engaging them as their targets are either people of no importance, or people of import who have a greater number of living enemies than friends making an investigation politically unwise and those few who have tried have ended up neatly packed into several small plastic bags.

The Body Bank is reputed to be headed by a ruthless former doctor who is using the proceeds from his growing operation to finance some unsavory medical research. 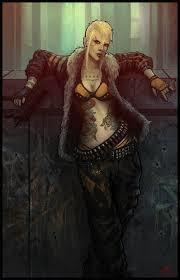